首页 » News » How To Identify Authenticity Of Custom Embossing Stamp?

How To Identify Authenticity Of Custom Embossing Stamp?

The specific methods to identify the authenticity of embossing stamps are as follows:

Marking is a test method to compare and observe two or more seals suspected to be formed by the same seal in the same field of view to find their similarities and differences. It is suitable for comparing the details of printed text. It is also possible to magnify the suspicious print and the real print into photos of the same multiples, observe and compare the characteristics of the corresponding parts carefully, and use the same serial number to mark the similarities and differences of the corresponding parts.

The overlapping comparison method uses the transmitted light to overlap and compare two printed texts suspected to be the same custom logo embossing stamp and observe whether the texts, lines, etc., of each part overlap through the overlapping comparison. This method is suitable for thinner paper and when there are significant differences in the characteristics of printed text. A more accurate comparison is to take photos of the suspicious print and the sample print at the same size and then overlap the negatives for comparison, or overlap and fix the negatives and then print them into photos to observe whether the strokes and lines of each part overlap.

The line drawing comparison method is to make the suspicious embosser seal stamp and the sample print into a print photo of the same size, and select several points on the same part of the two photos and connect them to form a straight line; you can also take one to Two points are the center of the circle, with the same radius, use a compass to draw arcs on the respective printed photos to be compared, or draw several circular lines by drawing concentric circles, and compare the printed texts passed by the arc or the circular line. Whether the positions and distances of the text and patterns are the same; similarly, place two transparent celluloid sheets engraved with the same grid on the sample print and the suspicious print respectively, compare them with the help of transparent grid lines, and observe the text on the same part, stroke lines, etc. are consistent.

The measurement comparison method is to determine several base points in the same part of the suspicious print and the sample print. It is necessary to select two clear parts of the compared seal, preferably the tip of the stroke, the center point of the junction, etc., and then measure the characteristics of each part of the printed text respectively, and compare whether the distance between the corresponding base points of the two printed texts, the diameter of the printed text, the size of the text, and the length of the lines are the same.

The computer inspection method is to input the image of the sample imprint and suspicious imprint, such as the bank’s seal reserved by the account holder or the imprint of the real seal, into the computer’s image database and use the computer through a pre-set computer program. The image comparison method analyzes the conformity and difference of the printed texts, such as the characters, lines, patterns, etc., between the sample printed text and the suspicious printed text. It is a relatively advanced inspection method at present, but its accuracy still depends on the advanced degree of computer software.

The method of analyzing the printing ink is to use various physical and chemical means to determine the type of chemical composition that forms the printed and dyed material through qualitative and quantitative analysis of whether the printing and dyeing materials used in the text are the same.

The mark comparison method is the most commonly used and most basic among the above several inspection methods. Most other methods are compared in terms of the size, distance, and position of the printed border, text, line, pattern, etc. Although it can be seen that there are obvious differences or general consistency between the compared printed texts, the method is more mechanical, and it is not suitable for deformed printed text. It is also easy to lead to wrong conclusions. Analysis of the oil printing method will not help the situation of borrowing oil for stamping in different places with stamps. Therefore, this can only be used as an additional auxiliary method. It is best to use the above methods to test each other to increase the reliability of the identification conclusion.

PrevPreviousWhat Are The Types of Modern Seals?
NextProduction Process of Embosser SealNext 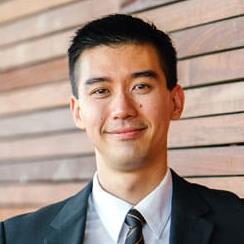 embosser seal is our daily office tool, we can engrave our own pattern on the copper plate, so custom embossing stamp can make our documents

How To Identify Authenticity Of Custom Embossing Stamp?

What Are The Types of Modern Seals?

TRODISS has more than 15 years of experience in the seal industry. There are many types of seals in the market. As a manufacturer of

What Are The Types Of Stamps?